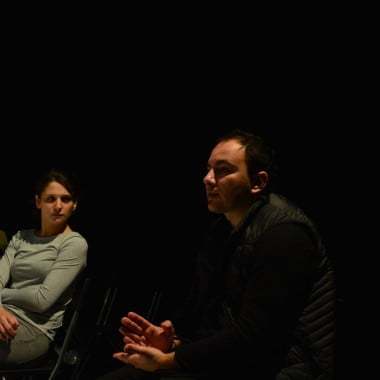 The season 2017-18 is the most productive season since Váróterem Projekt was established. Last year in September we unveiled Unpredicted, directed by Sinkó Ferenc, in October we played the show Dragon Works for our children audience (directed by Imecs-Magdó Levente), and this year in March we presented Grove, written and directed by Botos Bálint. We do not stop here because we recently started the rehearsals for the fourth show of this season: director Cosmin Matei leads the preparations for the new production in the topic of bullying. This will be the third production that Cosmin Matei directs for Váróterem Projekt after Occupy Yourself and Reacting Chernobyl. In the case of each show, we have started from a specific theme, which is school aggression this time. The team: Cosmin Matei – director, Raluca Sas-Marinescu – dramaturg, Hatházi Rebeka – designer, Sipos Júlia – song/sound/lights and actors: Csont Noémi, Erdei Emese, Imecs-Magdó Levente, Mostis Gergő, Pál Emőke, Sebők Maya and Udvari-Kardos Timea. The performance is funded by AFCN and BGA. 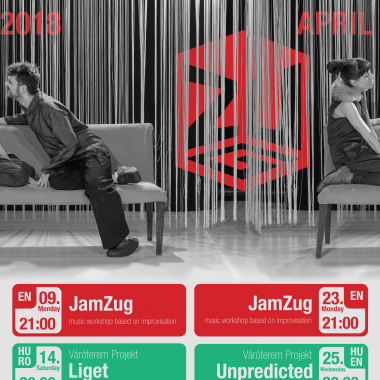 We hope the cold wheather is finally over, and the spring has officially arrived, so the ZUG gets warmer too and we can fill it up again with programs. In April, our most recent show, Grove, can be seen on two occasions, which is the third collaboration with director Botos Bálint. So on April 14 and 27 we look forward to a nostalgic walk in the grove. At the same time the colored paints have also warmed up, so on April 25 we present Unpredicted again, and this time we also say in English the few words that are part of the production. We will continue to honor the invitations with our children’s shows, the paraFables and The Pea Test which will be played in several schools in Cluj and in the Sălaj area, while the production Dragon Works can be seen again at the Puck Puppet Theater. We are delighted to welcome the third year of theater students, who this year bring to ZUG the production entitled Exposed, directed by Györgyjakab Enikő, on 21 and 22 April. Of course, we still look forward to musicians and music lovers every two weeks on Mondays at the ZUG. Come visit us! 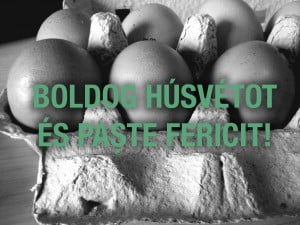