Váróterem Projekt prepares the first premiere of the year, and the second of the season. On January 29th 2019 at 7 pm at ZUG.zone will take place the show entitled Romania 100, written adn directed by Lovassy Cseh Tamás.

Romania 100 – a deceptive title. As if the performance spoke about Romania, the last hundred years of the country – tied to the centenary events. Yet the past hundred years are just an excuse to think about where our communities have progressed in this historical time, and what future we can expect in the next 100 years. An excuse to talk about the individual who makes up the community. Is the land livable, on which we were born? Can there be peaceful coexistence? Is it possible and worthwhile to work for the community, while our identities dissolve in a more noble cause? Community or individual? Nation or family? To go or to stay? Politics or manipulation? To face it or to deny it? The multitude of questions that arise on our landscapes from time to time are being raised in the performance, and the search for the answers is entirely the viewer’s task. 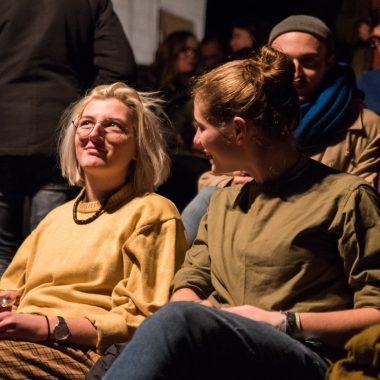 The cultural vouchers of the Cluj Cultural Center (CCC) can still be used. Due to the high interest and short run, the organizers extended the deadline for using the codes generated up until December 15, 2018 and these can be used for the entire season, namely until June 20, 2019. We are delighted to welcome all first year students who have already taken their codes. Showing this, you can come to a free show of choice together with a friend. Details here. 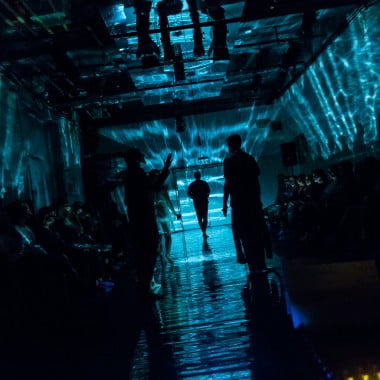 At the end of each year, Transindex makes a list of the best of the best, meaning “everything that made the year easier”. Váróterem Projekt Company has been featured in such lists in the past: in 2011, What have you been doing for three years? was part of the category entitled Theatrical Production of the Year, and in 2013 Advertego was the most informal production.

In 2018, the publishers named Gábor Zsófi the most interesting artist. Zsófi is an extremely versatile artist who deals with everything. In Váróterem Projekt she has worked in the past on the set design of the show What have you been doing for three years? , and the costumes of Grove‘s production, but the Unpredicted and Fishez shows are those that truly bear her mark, and the visual elements of the latter could be among the reasons for winning the prize.